Traditionally reinforcing bar for the construction industry has been delivered to site in canvas bags, but not always safely. On numerous occasions the weight and shape of the bars has caused the bags to rip with the potential to cause serious accidents. A design brief was therefore issued to manufacture a stillage:

A large automotive pressing company approached Ridgeway Steel to design and manufacture a stillage with the capacity to transport from between 28-32 sunroof assemblies from the UK to Eastern Europe. It was vital that the assemblies were kept apart so as to prevent them getting damaged during transport. Furthermore they needed to be sufficiently robust to allow for handling by Fork Lift Truck.

The Government of Malta, seeking a solution to the re-cycling of waste, approached Ridgeway via its website. Their existing tipping skips were causing problems associated with noise and they needed a skip that would reduce that noise. Based on this brief Ridgeway designed a skip, with a built in damper, to slow down the tipping process and reduce the level of noise.

The management of plastic waste from end of life appliances, computers, motor vehicles and business equipment is complex. In 2010 a major recycling company established a new plant in the North East of England and approached Ridgeway Manufacturing to provide a solution for the collection, movement and safe disposal of granulated plastic waste on the site.

A midlands based engineering firm were experiencing problems with a number of tipping bins resulting in an accident the repeat of which needed to be prevented. 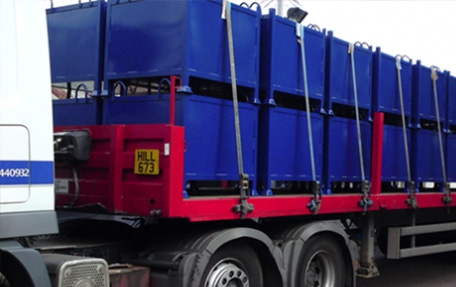 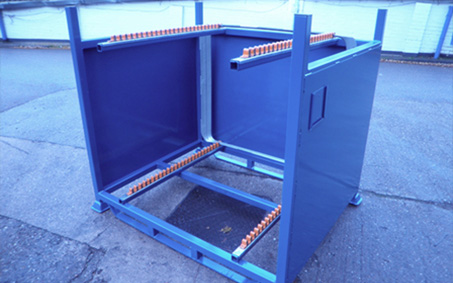 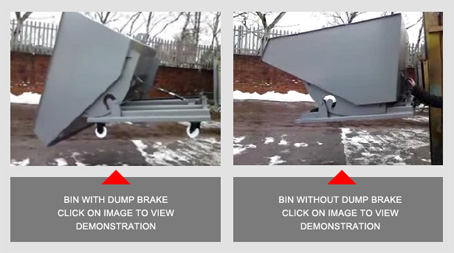 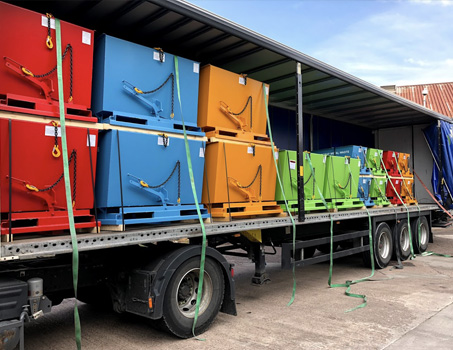 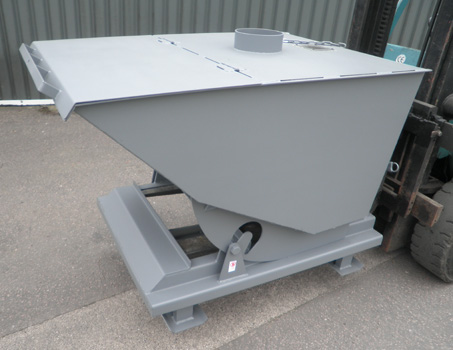